But, that’s not the case. When we take an objective look at the world around us, which excludes relying on mega-corporate media, it doesn’t take much to realize which choice we’ve made. Our society, our world and our planet are in a mess. From the prophecies laid out for us in the pages of the Biblical record, it’s apparent the leaves on the fig tree have sprouted. [Mat. 24:32, 33]. Yet, both the “movers and shakers” who are guiding this planet towards the day of the LORD are giddily ignorant they are hastening their own destruction as well. [See the Feature articles, Is That You, Big Brother? and Revelation 17: Big Brother, Beast Of Babylon].

Of course, those Globalists and central bankers who are directing us [the coronoa virus panicdemic being one item] on the path to a “one world government,” which is the Beast, the Lawless One, 666, Big Brother, Zionist Babylon the Great probably believe they are doing this by the strength of their own hand. But, as the prophecies tell us, God rules in the kingdom of men and sets over it the basest of men. [Dan. 4:17]. Therefore, it’s not so much that they are clever. It’s just that we’re noticeably dumber, having forsaken the promises of our covenant with God, which is door number three. While they may choose to believe differently, God does not lie. And we have the prophecies as our record of this. [See the updated Feature article, Damascus A Heap Of Ruins].

Our society is picking up speed as we head towards the end of the line, the sequence of events as Christ related to his disciples in Matthew 24, Mark 13 and Luke 21. On this site, we put forth the word of God regarding many different aspects of our time here, both historically and prophetically. Yet, the question we have to ask ourselves is, “Do we really believe what God has set before us in the Biblical record?” Our actions emphatically say no. And an increasing number of us don’t even believe our LORD exists. It’s all tied to our faith, or lack thereof. [See the Feature article, The Relevance Of The Holy Days In The Plan Of God In The Last Days].

Faith is not some blind hope or believing in some sort of quasi-magical ethereal being that somehow is “out there.” Faith, as used in the New Testament, is the Greek word, pistis. It means a conviction of the truth. Or in the case of little faith, it is oligopistis. It’s like sitting in a plane ready to fly somewhere, we trust that the aeronautical engineers designed it in faith, that is, in accordance with the laws of physics of which they’re convinced are true.

The word of God is true. However, we have forsaken our covenant with God, made with Abraham and his seed, Christ. “For when God made promise to Abraham, because he could swear by no greater, he swore by himself … so that by two immutable things, in which it is impossible for God to lie ….” [Heb. 6:13, 18].

“The promises of God, which are founded upon these immutable counsels of God, and confirmed by the oath of God, safely may be depended upon; for here we have two immutable things, the counsel and the oath of God, in which it is impossible for God to lie, contrary to his nature as well as to his will.” [Matthew Henry Commentary, Hebrews 6]. Think about this when you read Mat. 6:25-34.

Not so wisely, we’re flying in a plane we built according to what seems right to us rather than according to the immutable truth of the word of God. We’ve taken the safety of God’s enduring word, and cast it aside. We lack faith, the conviction of the truth. And the movers and shakers sitting up front are flying this thing to wherever it is they believe is their promised land with herds of golden calves,1 and the passengers are taken along as their minions. Apparently, hardly any of the passengers, the 99.9% who are blind sheep, or the .1% pilots takes seriously the prophecies that tell us we are on our way to crashing and burning on the oligopistis mountains of Iniquity. [See Pro. 14:12; also the Sneakers article, Artificial Intelligence Is The New Golden Calf]. And as much as we might like to believe otherwise, “ … the Scripture cannot be broken ….” [John 10:35].

Had we stayed on track with the covenant God made with us, the House of Israel, God still would be our pilot. As someone said, “If God is your co-pilot, you need to change seats.” Well, we’ve kicked God out of the cockpit altogether. We’ve given our pilot seats away through our ignorance. Our faith has been jettisoned.

As God warned us through the prophet Ezekiel, “Therefore say to the House of Israel, and to the stranger that visits in Israel, who separates himself from me, taking his idols [of gold et al] into his heart and putting the stumbling block of his iniquity before his face, and yet he comes to a prophet to inquire for himself of me, I the LORD will answer him. And I will set my face against that man … Therefore I will judge you, O House of Israel, everyone according to his ways, says the Lord GOD. Repent and turn from all your transgressions, or your wickedness will be your ruin.” [Eze. 14:7, 8 … 18:30]. God is not lying about this. It’s a promise backed up by the prophecies. Yet when it comes to these matters, some folks figure they’ll play the odds. There are no odds with God. [See the Sneakers article, This Old House].

And to those allegedly clever movers and shakers who ravenously chase the wealth and power of this world, they, too, shall realize their folly in the day of the LORD. “They shall cast out their silver into the streets, and their gold will be like garbage: their silver and their gold shall not be able to deliver them in the day of the wrath of the LORD; they cannot satisfy their hunger ….” [Eze.7:19].

What we discover is that the word of God is better than gold or silver. God’s promises are true. He cannot lie. Our Adversary and his minions lie all the time. We are flying Liar Airways right now, sitting in his plane going along for the ride. “ … when he speaks a lie, he speaks of his own: for he is a liar, and the father of it.” [John 8:44].

We only have to look at the world around us to see that we have been following the lies rather than the truth of the word of God. We are reaping the fruit of our kingdom. [Luke 6:44; see the Sneakers article, Bum's Rush]. We can change airlines, however. Our Father in heaven is merciful. [Luke 6:36]. We still have the opportunity to get a seat on the right flight.

If we wholeheartedly give ourselves back to our LORD, who bought us with his blood for our sins [see Rev. 1:5], then as our LORD has said, “When the guilty restores the pledge, gives back what he has stolen, walks in the statutes of life without committing iniquity, he shall surely live, he shall not die. None of his sins that he has committed shall be remembered against him; he has done what is lawful and right; he shall surely live.” [Eze. 33:16; see the Sneakers article, His Treasured Possession]. When we walk away, faithless, from the truth of the word of God, we have stolen ourselves away from our Lord and Savior.

It comes down to this. God cannot lie. The Scriptures cannot be broken. This heaven, our universe, and this Earth shall pass away, but our LORD’s words shall not pass away. Which kingdom do we seek? Is it the kingdom of 10,000 ounces of gold that shall pass away?

If we have the faith to seek first our LORD’s kingdom, then what are we waiting for? If we truly have the conviction of the truth, we know that the word of our LORD is of eternal value; superior in every way every day to all the gold this temporary planet has to offer. If we truly wish to be sovereign men and women, it is ours for the asking. [See Luke 11:11-13; Rev. 5:10]. When God tells us to seek first his kingdom, we should not hesitate. “For God is not a man that he should lie.” [Num. 23:19; see the Sneakers article, The Parable Of The Smokin' Hot Princess and the Feature article, Is The Kingdom Of Heaven Here Yet?].


1 Back in 1937, on December 20, Harry Truman, then a Senator from Missouri, delivered a speech in which he partially said, "We worship Mammon, and until we go back to the ancient fundamentals and return to the Giver of the Tables of Law and His teachings, these conditions [rampant greed and corruption both in the private sector and government] are going to remain with us [and what have we today?] ... It is a pity that Wall Street, with its ability to control all the wealth of the nation, and to hire the best law brains in the country, has not produced some statesmen, some men who could see the danger of bigness and of the concentration of the control of the wealth. Instead of working to meet the situation, they are still employing the best law brains to serve greed and self-interest ... Wild greed like I have been describing brought on the Depression. When investment bankers, so-called, continually load great transportation [or more recently real estate mortgage] companies with debt in order to sell securities to savings banks and insurance companies so they can make a commission, the well finally runs dry ...." Spiritually dehydrated, we are very soon to touch the bottom of the well. [See Box 282, Speech File 1935-1945, Harry S. Truman Papers, Harry S. Truman Library; also Truman, David McCullough, 1992, p. 233].

Notice to readers. All redshoe generated articles may be hyperlinked or copied to PDF format for use as long as no editing or alteration of content is made.


To easily access Biblical verses, click on the tab above marked Reference Bible. Then, in the “BLB Searches” in the right column, type in the book/chapter abbreviation where it says Word or Verse. For example, Gen 2 for Genesis chapter two or 2 Cor 10 for second Corinthians chapter ten. Then click "Go" or "Enter" on your keyboard. Simply scroll to the verses you wish to read. Repeat entry procedure for additional references as you read the article.

10 Things In The Bible Most People Don't Know 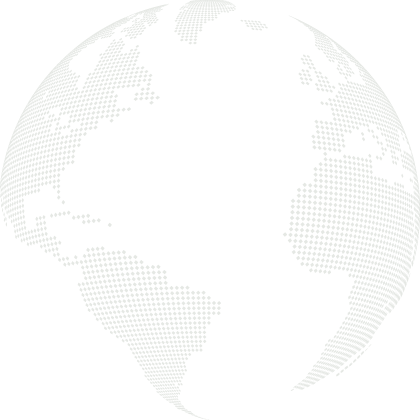